I’ve always been a woman with plans.  Type A, long-game, write-a-list-about-them plans.  When I started teaching 8th grade at a 4th-8th grade school fresh out of college, I quickly decided that my plan would be to teach there for five years. Five was a nice round number (whatever that means) which would allow me to see my current 8th graders graduate from high school and teach many of their 4th grade siblings (who I had also grown to love) as 8th graders.  It seemed perfect.

Like so many of my fellow educators at Title I schools, I was actively engaged in expanding opportunities for my students.  I had developed an excellent relationship with my administration, and I loved my students and subject area–and it showed in our test scores.  Because of this, I had a good deal of freedom to innovate and create–an environment in which I thrive. I designed an advanced reading course to prepare students more appropriately for high school honors classes, and I started a dance team.  I shared some of my favorite topical novels with my students (after requiring students’ parents to sign permission slips), and although I felt like I was burning out, I was also so fulfilled and so happy.

Until I wasn’t.  As my fourth year of teaching progressed, I found myself aggravated more often than I’d like to admit–and not with the students. The politics of my school and district, the lack of meaningful and differentiated professional development, and the laissez-faire attitude of many of my colleagues was wearing on me.  Additionally, balance wasn’t my strong suit, and I hadn’t been able to find a way to nurture my personal life in a way that I needed. I was allowing negativity and frustration to take over, and it was happening so seamlessly that I hardly even realized it.

When I went back home for winter break that year, the internal calm and return to contentedness I felt there stood in sharp contrast to what had become my normal in Phoenix.  The comparison was unsettling. For the first time, I was dreading going back to Arizona and dreading going back to school.  But I was only in year four of my five year plan. Back in Phoenix, I continued to allow things to enrage me, and though I tried to make change where I could, I was admittedly losing the optimism that had previously sustained me.

During one especially frustrated call with my family after my return to Arizona, my dad suggested that it was maybe time to move on and that maybe I shouldn’t return to my school for the upcoming year.  This was a tough idea for me to swallow, but the more I thought about it, the more it felt like the right choice–mostly because living with my daily frustration with the system for another year was not the way in which I wanted to tackle the opportunity gap.  Hindsight is always 20-20 of course, but knowing what I know now, I wonder if I would still be teaching had I changed schools prior to reaching my breaking point. By the time I had decided to find a new role, I was totally disillusioned. It sounds corny, but had OneTeacher been a thing back then, my teaching career might not have come to a close when it did; there were so many things about it that I loved. While I thrived at my school, ultimately my lack of alignment with the district’s policies and my campus culture proved to be an insurmountable obstacle for me. And I don’t think I’m alone in this.

Finding a strong fit school is so critical, not just in the short term but in the long term as well.  Teaching is hard and stressful and incredibly rewarding. It pulls creativity and passion and love out of us in a way that few other professions do.  But for me, without a school community that was all pulling in the same direction, it wasn’t sustainable. And while I was a really good educator, I know I could have been great under different circumstances.

So what’s my (perhaps unsolicited) advice for other educators?

If you do decide you’re ready to make a change and want some help finding a school that is a great mission, vision, and values fit for you, the OneTeacher team is just an email away! 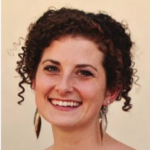 Nina Tinsley is the Senior Director of Marketing and Development at OneTeacher and a former secondary ELA and math teacher and classroom management and culture coach.